Mas Can Riu from Bruguera is a farm located n the Vall de Ribes, is family and with a traditional livestock management system.

At the farm there is a herd of cattle bovine of bruna breed of the Pyrenean , is realized the seasonal transhumance, very typical in the Pyrenean territory, during the winter season they remain in the pastures of the Valley, which belong to the same farm and during the summer season the herd moves to the high mountains, where the best pastures are.

The producction of meat is selled in establishments from the same town as farm at Ribes the freser. PRODUCTES:
veal 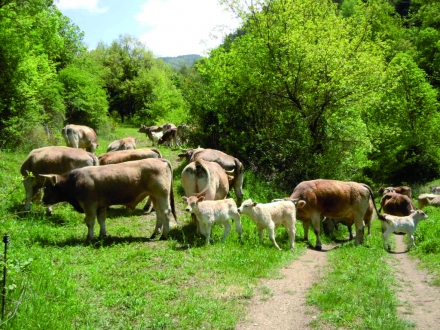 WE ARE WORKING ON NEW CONTENTS
Produït per: